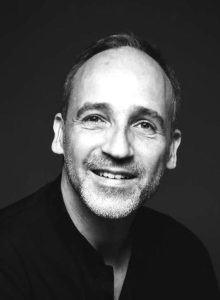 Christian Dereser is an entrepreneur & investor focusing on digital business models. He spends most of his time between Nuremberg and Berlin, Europe’s most exciting city for (internet-) startups. His companies cover more than 50 countries worldwide.

Vealo Ventures, founded in 2014, is an investment company with a focus on early stage investments. Vealo Ventures mainly supports startups in the tech sector.
(founder and sole shareholder)

As one of the leading international bus search engines CheckMyBus shows real-time schedules and prices all over the world since 2014. With thousands of bus operators and millions of connections, CheckMyBus gives the user access to buses in Europe, North-, Central- and South America, Asia and Africa.
(initiator and shareholder)

lead alliance, founded in 2008, is a system service provider for performance based online marketing. The long list of customers includes well-known brands like Vodafone, Telefónica, IKEA, Media Markt and many others.
(co-founder and shareholder)

The 2006-founded financeAds is Europe´s leading, award-winning affiliate network and specialist in performance-based marketing for the financial sector. It helps banks, insurers and fintech companies to acquire new clients through its network of relevant, financial publishers.
(co-founder and shareholder)

Beside digital business models, Christian is especially fascinated by ideas that have not only economic potential but an social and environmental impact. Consequently he passes on his experience to non-profit initiatives and social entrepreneurs pro bono as coach, mentor, creative mind and juror.